MY RIGHT TO HOME 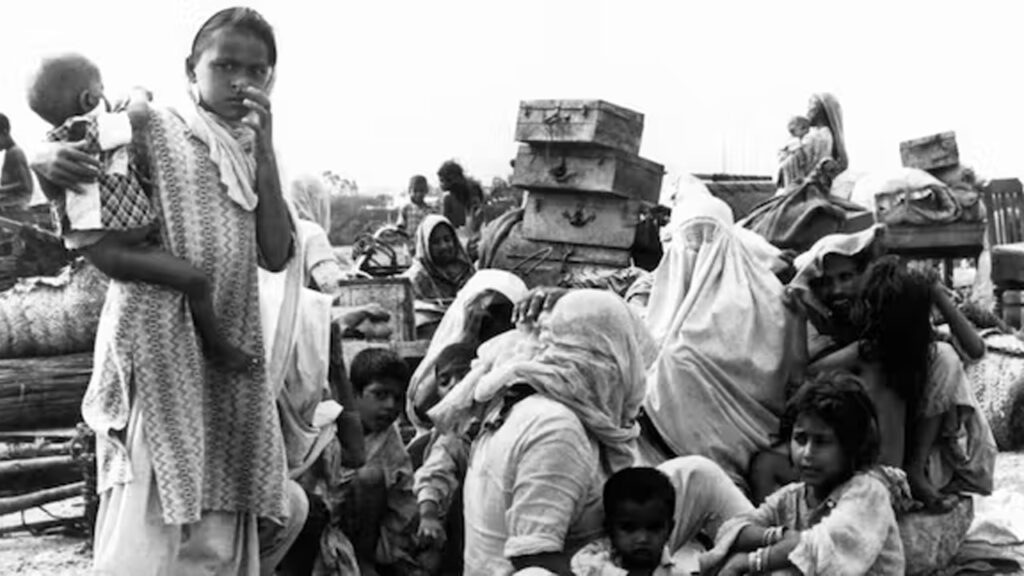 Pakistan is not one of the largest countries in the world – it doesn’t rank in the top 10 by landmass – and yet it has the fifth largest population in the world. There are more than 220,000,000 people living in Pakistan, although due to the high refugee rate from surrounding countries such as Afghanistan, the actual number of people living in Pakistan could be much higher. Despite its large population and reputation as one of the fastest urbanising countries in South Asia, it is not a rich country. With a GDP per capita of $1,193.73 in 2020, it’s clear to see how around 35% of the entire population (77,000,000 people) are living below the poverty line, with many of them unable to support their own basic needs. Support for homeless people in some of the richest countries, including the UK, is subpar at best, so imagine what it’s like to live in a developing country where there simply isn’t the infrastructure or welfare support to help those who have lost it all. At Muslim Aid, we undertake a range of emergency appeals in Asia, and that includes supporting homeless people in Pakistan through our Pakistan winter appeal.

Unfortunately, the pandemic has taken its toll which means economic growth has slowed and millions more have found themselves with nowhere to call home. We need your help urgently. To highlight the scale of the problem, here are some key facts on homeless in Pakistan. 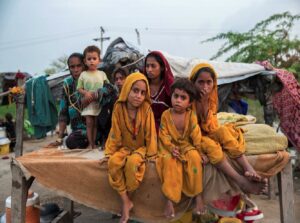 There are over 20 million homeless people in Pakistan It’s estimated that there are around 20 million homeless people in Pakistan. That’s around 9% of the total population. Most of them are living in temporary accommodations, refuges, slums, or on the street. In fact, over 40% of the population of Karachi, Pakistan’s capital city, are living in slums. That’s approximately 5.9 million people. In addition to that, around 200,000 people are thought to sleep on the streets. This presents its own problems. Women and children are most affected by homelessness in Pakistan Evidence shows that women and children are more likely to be affected by homelessness than grown males. This can be attributed to a number of factors, including the fact that girls are often denied the opportunity to study at the same level as their male counterparts. It’s thought that over 20% of girls are married before they turn 18. As soon as they are married, their access to education stops. In addition, militant groups have closed over 900 girls' schools in Pakistan, meaning more than 120,000 girls couldn’t go to school. With limited access to education, the chances of finding a skilled, well-paying job are low. This further perpetuates the risk of living in poverty, especially if the male breadwinner dies and leaves his family destitute as is so often the case.

Climate change is forcing homelessness on millions Pakistan is a country that is particularly prone to natural disasters and the effects of climate change. In 2005, three million people were made homeless due to a devastating earthquake in the north. In 2010, over 10 million people were displaced by a flood. With ongoing droughts, cyclones, floods, and rising temperatures, millions more could lose their homes; especially those who live in slums and unstable housing. For those who are living on the streets, their chances of survival in the intense summer heat and sweeping autumn cyclones are low, making it all the more important we get vulnerable people into suitable housing where they can protect themselves from the increasingly more volatile elements. Violent abuse and drug addiction are some of the dangers facing homeless people in Pakistan Living on the streets means homeless people have no protection or defence against violence. In 2005, 14 homeless people were violently killed by a serial killer targeting the homeless population. Whilst the threat of being killed is relatively low, most Pakistan homeless people have experienced being victims of physical assault and petty theft-like crime. On top of this, drugs run rampant across the community, with many people taking them to help them get to sleep and to numb the anguish of living in poverty with no help available.

Multidimensional poverty is a leading cause of homeless in Pakistan Approximately 39% of people in Pakistan are experiencing multidimensional poverty. This means they not only lack money, but many lack adequate housing, resources such as electricity and water, and access to nutritional food, education, and healthcare. In essence, they are poor in more than one way – they are experiencing deprivation across several aspects of their lives. Multidimensional poverty puts people at a greater risk of being homeless, and with just under 40% of the population suffering from it, it’s clear see why Pakistan has the highest risk of homelessness in all of South Asia. How you can help the homeless in Pakistan The donation you put in the hands of Pakeezah. Pakeezah uses your kind donations to provide shelter where possible, as well as necessary supplies such as food, blankets, and other provisions to keep them warm this winter. Please give what you can to a person in need – a donation of any size can make a valuable difference.

My Right to Home