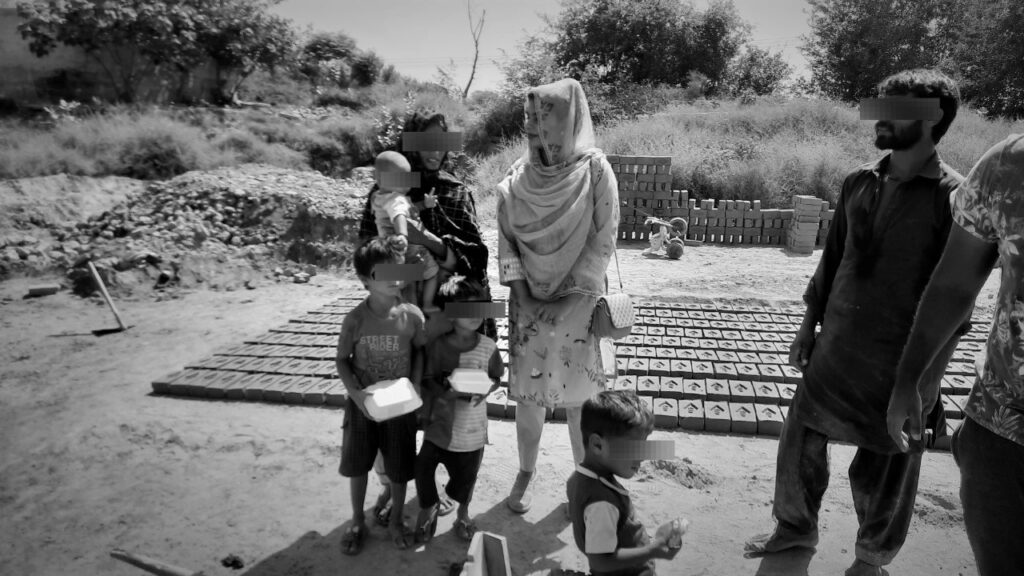 The Global Slavery Index estimates there were almost 25 million people trapped in forced labour in 2016. Its 2018 report placed Pakistan eighth on the list, estimating the number to be at 3.1 million. A high number of religious minorities make up that figure. Driven by poverty and need, these people take out loans or a cash advance – to pay hospital fees or get rations, for example. In return, they are told to work on brick kilns until they can repay the amount borrowed. 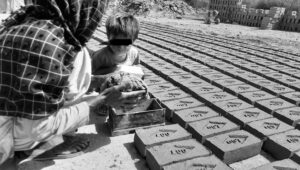 The money they owe keeps increasing, spiralling out of reach, thus keeping them and future generations in debt. Reasons for this can include high interest on the amount borrowed, low wages further cut due to corrupt officials, increasing and unlawful deductions, and forged entries into the books that the workers do not get to see. “The bricks that these workers make are used to make houses, hospitals, schools, universities and the parliament. But they never get to benefit from what they are making” These people are shelterless and deprived of every facility that those institutes offer: They get no education, or health facilities and the laws and judiciary systems are failing them. “It seems that these bricks get their red colour from the blood of the bonded labour.” In Pakistan, it is illegal to employ someone who is under 16 years of age. But almost 70 percent of bonded labourers in Pakistan are children, who make up over one-third of the four million or so people working at brick kilns in Pakistan. Often, they work all day and are denied education. 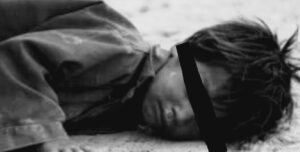 There are cases where children inherit debts from parents and became bonded as individuals for a long time. The Human Rights Commission of Pakistan reports a high mortality rate among children working at brick kilns. In addition, about one in 20 families living in brick kilns have children who have lost their eyesight. Children are kept as hostages in the event of the parents leaving the kiln, even for a short period. The workers do not sign a contract when they are taken to a brick kiln. Most of them cannot read, so they have no way of finding out what is being added to their accounts. Some of the workers who manage to flee or are freed are taken back to the kiln by the owners by force. With no inspection of these sites, they have no protection and often end up in harsher conditions upon their return, with a hefty fine added to their existing debt. 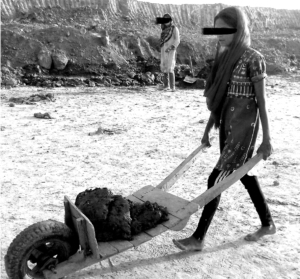 There have also been cases where an escaped worker’s daughter has been forcibly married off – or sold – as “payment” for the days he had been in hiding for.As debts are manipulated upwards year after year, an overall sense of helplessness overcomes most labourers, notes Siddharth Kara in his book, Bonded Labor. “While some may have family members forcibly sold to repay their debts, others give up and commit suicide,” wrote Kara, before adding that there has been an alarming number of workers selling kidneys to repay part or all of their debts.